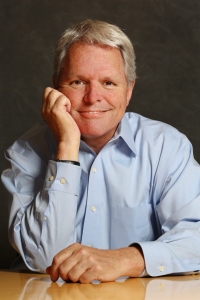 LARRY BEASLEY is the retired Co-director of Planner for the City of Vancouver.  He is now the founding principal of Beasley and Associates, an international planning and urban design consultancy and the “Distinguished Practice Professor of Planning” at the University of British Columbia. He is a Registered Professional Planner in Canada.

After more than thirty years of civic service in which he led the planning and development management that transformed the inner city of Vancouver, Larry Beasley now teaches and advises on urbanism around the world.  He chairs the ‘National Advisory Committee on Planning, Design and Realty’ of Ottawa’s National Capital Commission; he is Senior Advisor on Urban Design in Dallas, Texas; and he is a member of the International Economic Development Advisory Board of Rotterdam in The Netherlands.    Through selected projects, he continues his long service as the Special Advisor on City Planning to the Government of Abu Dhabi in the United Arab Emirates where he helped to found the Urban Planning Council, one of the most progressive planning agencies in the Middle East, and led the design of a number of cities and towns, including a new national capital.  For several years, he was a vice-president at Aquilini Developments. Recent notable work includes: completion of an award-winning plan for the expansion of Moscow in Russia, including the design of a new national government precinct; completion of an influential strategic organizational plan for the Toronto Planning Department; curation of an international design competition in Dallas for the integration of downtown and its river; update of the first Abu Dhabi 2030 Plan from 2006; and, rethink of a freeway scheme in Dallas to become a gracious and harmonious parkway.

Larry Beasley is a Member of the Order of Canada.  He has also received the Queen Elizabeth II Diamond Jubilee Medal.

His book, Ecodesign for Cities and Suburbs, authored with Jonathan Barnett, is available from Island Press. His second book, Vancouverism, from UBC Press, will be out in early-2019.